How to capture the attention with your Ads

How to capture the attention with your Ads

Probably the most important thing for an ad is to be able to capture the attention. Let’s take Facebook ads for example. People are constantly scrolling through and there needs to be something really different and special to capture their attention. According to Ezra Firestone training on Facebook Ads, for an ad to be successful, you can use the 80-20 rule and start with a simple image where the product is displayed very prominently. So how to capture the attention? General advises from Ezra are:

But wait, why should we listen to Ezra’s advice? Well he is an owner of a shop that generates more than 90 millions in sales and he started from zero. But it’s best if you check his explanation on your own. So what else can we do to grab the attention of the customers?

Another advice that Ezra gives in order to capture the attention is to put text overlay on the image. The overlay should NOT take more than 20% of the image space. So let’s take an example. Imagine that you are selling clothes. You might want to enrich an image with a text overlay like this one: 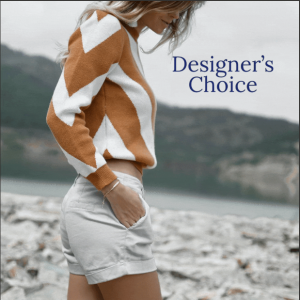 The text overlay “designer’s choice” will make the image more interesting. Consider now if the label was moving or was animated in some way. Most of the image ads will have static text overlays but those with moving elements will grab more attention. With our Shopify app PicAmaze you can easily add many kinds of animated overlays. You can learn more about our app on our page. For example like this one:

The following facts prove that animated images/GIFs get more attention than the static ones. For example:

Image size and ratio also helps to capture the attention

Ezra also advises to make your images square. A fact is that square images take 78% more space on mobile devices and have 64% higher click-through rate. So this is something very important to keep in mind as well. However this advice may differ based on the platform where you are advertising. An interesting YouTube video from Vilius Dainora describes advertising on Pinterest. Some of the arguments to advertise on Pinterest are that Facebook ads are becoming more and more expensive, so it takes more money to bring a customer to your store from Facebook. Another cool thing is that when you click on an ad in Pinterest it’s directly redirecting to your store compared to for example with Instagram where you only have a preview page. So Vilius advises that for Pinterest your image should have ratio 2:3 or 1:2. This is a bit different then the suggested square image from Ezra however it’s a better fit for Pinterest.

Why not a video after all?

Although Ezra mentioned that images will bring for 20% effort 80% of results, it’s still true that videos are more engaging. They are just harder and more time consuming to make. However if you want to try videos, there are certainly easy ways to get your hands on professionally made video for your product. Recently I watched a video from Vilius where he shared his experience with Fiverr, where he purchased a service for video ad creation. Fiverr is a website where you can search for freelancers to perform jobs in many different fields. For example you can also order from Fiverr someone to write the text for your ad. This is also shown in another video of Vilius. We can certainly learn some tricks to optimize our time from him.

In conclusion there are already many great ads which generate thousands of sales, so it’s best to learn from someone who has experience. And in my opinion at the end it comes to testing different approaches and measuring which approach brings more attention to the ad. Some products might be great to present with a video, but for some products an image might be enough. Also we should definitely take into consideration where we post our ad. If it’s on Facebook or Pinterest or somewhere else. There are certain things that are good for one platform but are not so great for another. So what is your number #1 trick to bring more attention to your ads? Leave me a comment below.

About the Author: Cvetelin Andreev

Signup and be the first to get our new blog posts